We use cookies on this website. We use these cookies to enhance your user experience, improve the quality of our site, and to show you marketing that is more likely to be relevant to your interests. We also allow third parties, including our advertising partners, to place cookies on our websites. By continuing to use this website, you consent to the placement and use of cookies as described in our Privacy Policy. If you would like to disable the use of all cookies, including those placed by advertisers, please use your browser’s settings to reject cookies on this site. 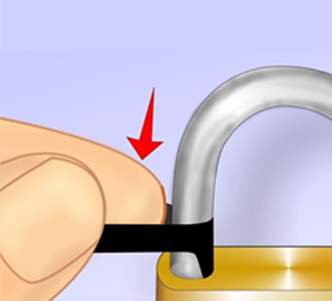 Shimming is defined as violating a lock by inserting a foreign object into the latch mechanism. This is an industry wide issue – nearly all dial type combination hanging padlocks from all lock manufacturers are affected.

Since students are storing higher valued/desired items in their lockers such as cell phones, music devices, tablets, computers & more, thieves have more of a reason to try to shim a lock to break in.

Master Lock thought of the solution. 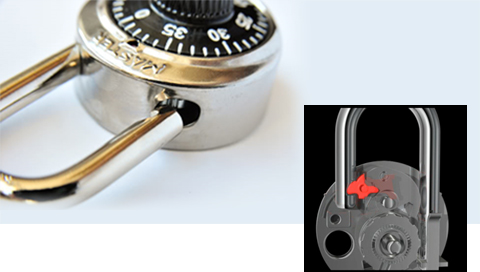 BlockGuard Anti-Shim technology is a new latch assembly where the latch has a small profile that does not overhang the shackle, so there is no target for the shim tool to hit.

The latch also has a flat shape, blocking the shim tool and a grooved top to actually trap the shim tool, which creates a tighter latch-to-shackle engagement when hit.